Despite various comments on social media that Councilmember Bonin has killed the Venice Place Project, the project is alive but now freighted down with a slew of new conditions, which may or may not make the ultimate project more compatible with the surrounding neighborhood and elementary school.

Below is a link to the conditions that Councilmember Bonin has proposed to impose on the hotel/restaurants/market.

Probably the most notable is that the applicant must contribute $750,000 to the city's Housing Trust Fund for affordable housing.

The list of conditions also includes a mandatory plan approval process in two to three years of the hotel becoming operational to:

review the effectiveness of, and compliance with the express terms of all conditions, including but not limited to, Conditions 15 (Parking), 16 (Valet Parking), 17 (Loading), 18 (Trash Pick-up), 22 (Alcoholic Beverage Conditions), 25 (Complaint Log), 27 (employee and patron monitoring), 28 (loitering), 32 (electronic age verification), 36 (noise levels), 39 (private events), 42-47 (entertainment/music conditions) of the permit for the project.

Unfortunately, as Venice residents have witnessed for many years with similar conditions imposed on St. Joseph's, the city rarely implements plan approval compliance or enforces conditions.

The owner will also be required to create a local hire program, for both construction and ongoing jobs, targeting the Venice Community with an emphasis on hiring from disadvantaged communities.

Following the City Attorney's advice, the project has been returned to the West Los Angeles Area Planning Commission for consideration of Bonin's proposed
conditions.

Posted by venice stakeholders at 12:10 PM

A bill moving through the California legislature would require local governments to allow for duplexes in what’s currently single family home zoning as a way to address the state’s housing crisis.

Under SB 1120, property owners could turn their houses into duplexes, or could divide up their lots and put two duplexes on the property, creating four homes where there was once one.

The legislation is opposed by a number of local neighborhood groups who are concerned that new housing will affect the character of their neighborhoods, decrease available parking and not provide housing that is low rent enough to address the housing shortage.

We dive into the pros and cons of the legislation.

Posted by venice stakeholders at 2:24 PM

LAPD Resumes Enforcement of No Camping/No Tents on Venice Beach

Posted by venice stakeholders at 11:15 AM

In another misguided action, Councilman Bonin has directed the LAPD to stand down on enforcement of LAMC 63.44, which bars tents and camping in all city parks, including the Venice Beach Recreation Area and along the Boardwalk.

As is visible below, these campers have very recently traveled from other locations, doing exactly what the CDC advises against - dispersing through the community and breaking connections with service providers.  By stopping enforcement of the ban on camping and tents at Venice Beach, Mr. Bonin is inviting violation of CDC guidelines by encouraging campers to travel from

Posted by venice stakeholders at 10:07 AM

Email ThisBlogThis!Share to TwitterShare to FacebookShare to Pinterest
Labels: OFW 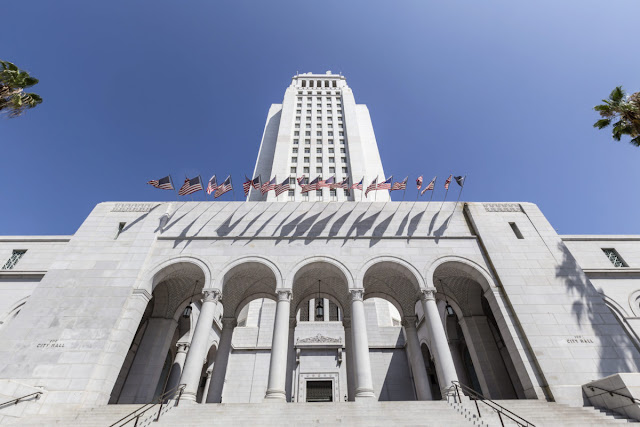 Recently, there have been questions asked on social media about whether anyone is working to rally Venetians to secede from Los Angeles.  And this past Sunday the Los Angeles Times ran an opinion article by Jon Wiener noting an earlier de-annexation campaign in 1969.  Another "Re-Venice" effort took place in the early 90s.

In 2018, a series of cityhood townhalls were held under the able leadership of Nick Antonicello.  These eventually led last fall to the passage of the Motion below by the Venice Neighborhood Council (VNC) seeking to create a level playing field for a Venice cityhood vote.

It calls upon the City of Los Angeles to initiate an effort to amend State law to remove both the city council's veto of a Venice cityhood initiative and the requirement that all of the voters of Los Angeles must approve Venice de-annexation.  The thesis is that, unlike many other districts in Los Angeles, Venice was an independent city from 1905 to 1926, and voted to join Los Angeles, and Los Angeles has a moral duty to allow it - on its own vote - to reverse that decision.

The Motion passed the VNC, though the council's president, Ira Koslow, has failed to send it to the members of the city council's Intergovernmental Affairs Committee, which would be the committee to consider introducing the requested legislation.

Whereas, Venice was an independent city when residents voted in 1926 to annex itself to the City of Los Angeles; and

Whereas, Venice residents deserve the right to consider reversing that decision free from the burden of it being rejected by other residents living in the rest of Los Angeles who have no stake in the welfare of Venice or its residents; and

Whereas, Venice residents desire the increased responsiveness of municipal government seen in smaller units of local government, such as our neighbors Santa Monica, Culver City, Malibu and West Hollywood; and

Whereas, Venice is not well served by a city government with only 15 council members for a population of almost four million residents;

*This is the legal definition of Venice for the purposes of legislation to differentiate it from other former cities, which are now incorporated in the City of Los Angeles.

The following list of viable, nearby cities, with populations comparable to or less than Venice, was provided to the VNC to address the concern that Venice would not be able to support itself financially.

Cities in Los Angeles County with Populations
Comparable to or Less than Venice, CA

(All figures 2010 U.S. Census except Venice)
Posted by venice stakeholders at 5:48 PM

In these troubling times, residents appreciate the leadership of Police Chief Michel Moore.

Chief Moore has championed the legitimate expression of public outrage at the murder of George Floyd and other instances of police brutality, while also attempting to stop looting, destruction of small businesses, and torching of our communities.

We urge Mayor Garcetti to support the chief in these times.

Sign petition at:  https://www.change.org/p/mayor-garcetti-lacity-org-support-lapd-chief-michel-moore
Posted by venice stakeholders at 12:48 PM

Letter to the VNC Board re: Some History of Transitional Homeless Housing in Venice

Dear Members of the Board of the Venice Neighborhood Council:
I would like to share some history about the area along Lincoln that will be the focus of one of our agenda items on Thursday evening.

I am not making a comment about that item or how I will vote on it; I am simply relating some history that may be of value in your decision making on Thursday.

Eight or nine years ago Councilman Rosendahl approached me and asked what I thought about placing a large transitional housing facility in the building that is now occupied by Chalk Preschool at 2201 Lincoln Boulevard.

The Councilman was being pressured by County Supervisor Zev Yaroslavsky and his deputy Flora Gil Krisiloff to permit a transitional housing facility in Venice to address our already troublesome homeless population.

At time the building was empty and available for lease. I drove the area and noticed the several churches, schools and preschools that were in close proximity to that building.

I told a councilman that if he proposed a homeless shelter at that location that it was likely the parents of the children who were enrolled in those schools would come after him with pitchforks.

I advised him to look in the then largely commercial, office, and even light manufacturing area just south of Cosco and just east of Lincoln, along Del Rey Avenue.

In turn, Rosendahl asked Venice real estate broker Brad Neil to see if he could find an appropriate building for use for the  homeless shelter in the area. Brad found and negotiated the purchase of a two story office building on Beach Avenue, near Del Rey Avenue.

Neither Rosendahl nor his chief of staff Mr. Bonin worked very hard at finding the funding to purchase it for use as transitional housing, i.e., for 90 to 120 day stays. Instead (and I was in the meeting), Mr. Bonin presented the deal that Brad had negotiated to Steve Claire, executive director of the Venice Community Housing Corporation, not for transitional housing, but for permanent supportive housing, with only 20 beds.  The existing building was bulldozed and VCHC built Gateway Apartments on the site, at an ultimate cost of $500,000 per unit.

It was a colossal missed opportunity to:

2. Place it at some remove from schools and residents.

Posted by venice stakeholders at 3:38 PM

As many of you have seen, in the last six months the jogging path on Rose Avenue along the Penmar Golf Course has gone from zero campers to over 65 campers and tons of tents, furniture, barbecues, and debris.  With them has come harassment, vandalism, car thefts and break-ins, burglaries, assaults, defecation and urination on public and private property, open drug sales and use, constant noise, and the usual burdens associated with this population.

The residents there have been lobbying for months to have the unimproved dirt path deeded to the Recreation and Parks Department so that the park rangers can enforce the removal of private possessions and bar camping.  They are now sponsoring the change.org petition below, with a goal of 5,000 signatures.

"In comments proposing use of federal stimulus funds to purchase distressed properties to convert them to homeless housing, Bonin revealed both bias and that he has already rounded up support of the city council to support this plan prior to public participation, a clear Brown Act violation," said Mark Ryavec, president of the VSA.

Mr. Lewis' letter is below.

I am litigation and land use counsel for Venice Stakeholders Association (“VSA.”) As you may be aware, VSA, founded in 2009, is a nonprofit organization dedicated to civic improvement. The VSA supports slow growth, the limits of the Venice Local Coastal Specific Plan, neighborhood safety, better traffic circulation, increased parking for residents, neighborhood beautification projects, historic preservation, habitat restoration and protection of coastal waters.

VSA has been monitoring press reports about Councilman Mike Bonin’s plan to use federal stimulus funds to buy distressed properties for homeless housing. VSA is very concerned with the City’s role in placing real properties in a distressed condition and then capitalizing on that circumstance. However, putting that policy decision aside for a moment, VSA raises two time-sensitive and important procedural issues to your attention.

First and foremost, in one recent report*, Bonin told news reporter, Bill Melugin, that “the city council supports the proposal and is looking to fast track it….” This statement suggests that Bonin has been communicating, directly or indirectly, with other council members to build support for this policy decision without complying with the Brown Act. In the event of litigation to enforce the Brown Act, a deposition of Bill Melugin would confirm that conversation took place. VSA requests that your office investigate Bonin’s conduct and to remind him that the City remains subject to the Brown Act even during a pandemic.

Second, Bonin’s statements to the press suggest that he has already determined how he would vote on the issue of using federal funds to purchase distressed properties. To the extent that Bonin is ever asked to vote on whether to acquire distressed properties, he has demonstrated sufficient bias as to require his recusal.**

VSA notes that when the City was proposing to amend Municipal Code section 85.02, Bonin was required to recuse himself due to his prior, vocal stance on the issue. VSA requests that the City Attorney’s office similarly advise Bonin of his obligation to recuse himself on this issue.

VSA appreciates your attention to this important issue and we look forward to your prompt and written response.

Posted by venice stakeholders at 12:19 PM