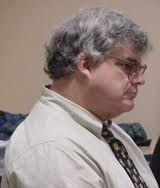 (Venice, CA/1-4-10) City records requested by the Venice Stakeholders Association (VSA) have revealed that Jim Bickhart, the Mayor’s Associate Director of Transportation, used City time and a City email account to pursue his own personal opposition to the implementation of Overnight Parking Districts (OPDs) in Venice, against the official position of the City and Councilman Bill Rosendahl in support of the districts. None of his actions were taken under his job description, which is limited to transportation issues at LAX and the zoo.

In late November the VSA sent a letter to Mayor Antonio Villaraigosa calling for an investigation into claims on the website Yo!Venice! that Bickhart had repeatedly posted hostile and hateful comments on the website under a pseudonym in an effort to discredit Venice Stakeholders and those who support overnight restricted parking in Venice.

In December, the VSA followed up with a public records request concerning Bickhart, OPDs, VSA, and other topics. In reply, the Mayor’s Office released on Monday, January 3rd, several email communications between Bickhart and various City staff and members of the Venice community, including Venice Neighborhood Council president Linda Lucks, Council aides Laura Mclennan and Arturo Pina, and Department of Transportation officials Yadi Hashemi and Alan Willis. At the time, Hashemi and Willis were overseeing City negotiations with the California Coastal Commission regarding the City’s application for the Venice OPDs.

The emails date from November 12, 2008 up to May 4, 2010 and cover various requests for information from City departments, scheduling of meetings for Bickhart on City time on OPD issues with City employees, a letter of opposition to OPDs from Bickhart to City officials, and the details of negotiations between City representatives with Coastal Commission staff.

“The City has withheld other documents on the requested subjects in violation of the California Public Records Act,” said Mark Ryavec, the president of the VSA. “So, we don’t know yet whether the missing documents will confirm that Bickhart is the person who posted the hostile remarks and attributed them, in part, to the VSA.”

“What we do know is that Bickhart used time paid for by taxpayers and a City email account to pursue his personal campaign to scuttle OPDs in Venice,” Ryavec said.

“This is clearly not acceptable behavior for any City employee and we call upon the Mayor to require that Bickhart repay the City for the City time he used, that he be formally reprimanded for using City resources to oppose an official City position, and put on an unpaid leave for some appropriate period of time to make it clear that such actions are not tolerated in City service,” Ryavec said.
Posted by Richard at 11:53 AM