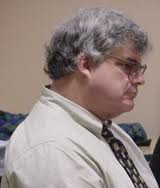 Today, in response to a lawsuit by the Venice Stakeholders Association demanding documents under the Public Records Act, the office of Mayor Antonio Villaraigosa released a document that proves that mayoral aide Jim Bickhart was the author of inflammatory posts on the Yo Venice! website relating to VSA’s effort to stop vehicle camping on Venice streets.

In the confidential memorandum dated December 1, 2010, Deputy Mayor Jaime de la Vega disciplined Mr. Bickhart by placing him on unpaid administrative leave, and directed him to “not be involved in any land use issues or local policy issues related to the Community of Venice in the Office of the Mayor unless specifically directed to do so by the Chief of Staff.” The memorandum was also signed by Mr. Bickhart.

Documents previously disclosed by the Mayor’s office confirmed that Bickhart had used his high-level position in the Mayor’s office and a city email account to wage a personal vendetta against various initiatives favored by VSA, including the City’s adopted ordinance creating overnight parking districts (OPDs) in Venice. In February, the VSA filed suit against the Mayor for withholding documents relating to Mr. Bickhart’s activities. That suit is still pending.

The newly released personnel memorandum confirms that Bickhart, writing under the pseudonym of SnakePliskin, posted the following on the YoVenice! website:

“We got what we wanted on the RVs and campers. Who do we go after next? We can’t stop until this place is all cleansed. Wash away the scum. ALL of it.”

“Who cares? Villa-la-grossa is just as big a coward as Rosendahl. Maybe the Stakeholders are right – if these folks won’t leave, we should get someone to come around with a semi, load the homeless scum into it like stinking sardines and drive them out to the Mojave. Dump ‘em there in the dead of night blindfolded and drive away. Period. End of story.”

“Next time one of those wussies heckles you, just pop ‘em one. No. They protect scum, they should be treated like scum. It doesn’t matter if they make money sucking on the government tit or if there Wolfgang frigging *#!%$!. Time is running short.”

In the second paragraph above, Bickhart clearly linked the Venice Stakeholders Association to these reprehensible comments.

“VSA’s lawsuit claims that, under the Public Records Act, the public has a right to see any evidence that senior members of the Mayor’s Office staff are using City position and resources to oppose the official position of the City, and to find out what the Mayor’s Office is doing about it,” said VSA president Mark Ryavec. “Ultimately, the Mayor, by producing the Bickhart disciplinary memo, agreed.”

Attachment: Personnel Memorandum of December 1, 2010
Posted by Richard at 10:05 PM