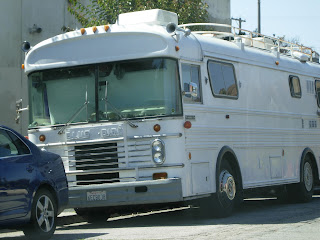 “Unfortunately, the new ordinance is flawed in both the drafting and in implementation,” Ryavec said.

“The first problem is that the definition for “residential” is based on zoning, not on the actual existence of residences on a street,” Ryavec said.  “There are hundreds, if not thousands, of single and multiple-family residences on commercially zoned streets that under the new ordinance will have to host car camping on their front curbs.”

“The ordinance also lacks a setback from residences where commercial zoning meets residential zoning,” the VSA leader said.  “So where these meet, car dwellers will still be able to park within a few feet of residences.”

“Then there is the odd creation of a third category of restrictions – No Vehicle Dwelling Overnight 9 PM to 6 AM – which is not contained in the ordinance.  Marked on city maps in yellow, it will legally allow car camping during the day and evening in roughly one half of the city’s residentially zoned properties.  These streets will quickly turn into overnight car camping zones due to the shortage of police officers to enforce 85.02.”

“We urge the city to immediately change all yellow striping to red and pass amendments to 85.02 to extend the ban on car camping at any time to within 100 feet of any property in a residential use,” Ryavec said.