Tell State Senator Ben Allen to Vote No on SB 50

Please call Senator Ben Allen to register your objection to SB 50, which proposes to change zoning to allow for taller buildings and denser building anywhere there is rail line or a bus line operating every 15 minutes or less (think Venice!).  Under some analyses SB 50 will allow five (5) story buildings next to historic one-story craftsman homes within a quarter mile of bus lines in Venice. It's a mad idea and will make our lives even more difficult. (More details below in interview with former councilman and supervisor Zev Yaroslavsky.)

Just give your name and say that planning should be controlled at the local level, not statewide.


Please send to others that are like-minded about protecting Venice's low-rise, residential street scape.   Thank you !!
Zev Yaroslavsky: Why SB 50 is Not Right for LA
In an interview with NBC4’s Conan Nolan, former LA County Supervisor Zev Yaroslavsky spoke about the status of SB 50’s impact on Los Angeles. SB 50, proposed by Senator Scott Wiener, has passed out of the Senate Housing and Governance and Finance Committees thus far. SB 50 will allow increased development densities and loosen zoning restrictions not just near transit stops, but extends to basically every significant bus line in the LA basin. Yaroslavsky, now the Director of the Los Angeles Initiative at the Luskin School of Public Affairs at UCLA, talks about the bill’s problematic “one-size-fits-all” structure and its potential to cause irreparable harm to Los Angeles’s landscape, all while not addressing the lack of affordable housing. TPR presents the following transcript of their conversation, edited for clarity and syntax. 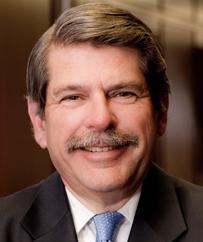 "There has to be a more intelligent way to do this. Not with a meat axe, but with a scalpel. I’m hopeful that the Legislature will come to its senses. If not, on their watch, they can say they’ve destroyed cities and communities up and down the state of California."- Zev Yaroslavsky

Posted by venice stakeholders at 2:58 PM